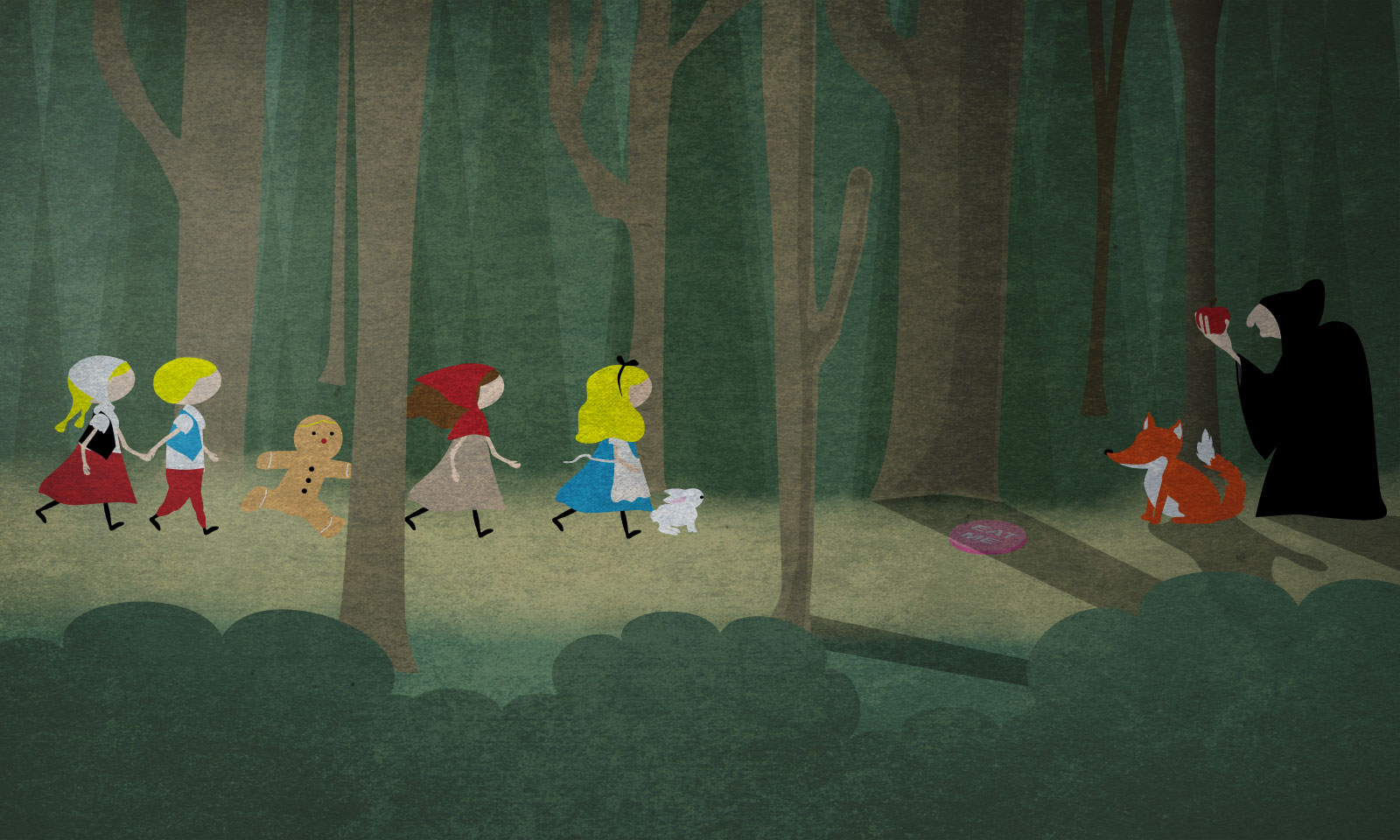 Many a childhood night time was spent tucked up in bed with a good book filled with fancy, frolic and often, food. But the innocence of youth only shielded the reality of food’s frightening portrayals.

While fairy tales are known for their disturbing undertones including murder and imprisonment, the danger often continues more unconventionally with bites and feasts. It’s an inadvertent lesson that having eyes bigger than your belly can have deadly repercussions. A valid message for a child? Maybe. Did it work? Well, it could explain away those fussy food phases.

Gingerbread, porridge, apples, cake and wine – all have led fairy tale protagonists towards their twist in the tale. There’s a certain sense of impending doom once the food appears – for hungry Hansel and Gretel, it’s the edible home of a psychotic witch; for Alice’s trip to Wonderland, messages on magic cakes land her in mischief with smiling cats; and an existential crisis sends the Gingerbread Man running into the jaws of a fox with a penchant for biscuits.

Food as a precursor to danger plays on the vulnerabilities of these childish characters, underlining the ease of their enticement. Had Snow White not been tempted by the witches’ shiny apple she’d have avoided that nasty bout of food poisoning, and if Goldilocks hadn’t been on a pedantic streak she’d never have burnt her tongue on porridge and outraged a family of bears. It’s the sort of temptation kids can relate to, and drives the message home that eating a house of confectionary isn’t really all it’s cracked up to be.

But this general consensus that food equals evil is not as simple as you might first think, as Rose Williamson, a PhD Researcher at the Sussex Centre for Folklore, Fairy Tales and Fantasy, explains.

“This theme might stem in part from folklore about the world of the fae, where eating any fairy food traps the eater there forever,” she says. “Judeo-Christian beliefs also echo the warning of not taking even one bite with the eating of the forbidden fruit by Adam and Eve, punished by being cast out of paradise, and Greek mythology has the tale of Persephone, kidnapped by Hades, but forced to remain in the Underworld for six months of the year after she eats just six pomegranate seeds.” Rose adds that the hero’s first mistake is usually the “transgression of eating what does not belong to him”.

But despite this seemingly ‘moral to the story’ angle of not taking what is not yours, Rose explains that these temptations are often used by villains to catch their own meals, or bring harm to the protagonists: “Rather than ‘eat or be eaten’, the fates of the characters rest more firmly on ‘eat and be eaten’. And truly, being eaten is an incredible threat in fairy tales.” Little Red Riding Hood is a classic, and rather horrific example: “In a few variants of Little Red Riding Hood, the wolf feeds the little girl her own grandmother,” says Rose. “The old woman’s body is cut up on a plate and her blood poured into a wine glass, before the girl herself is eaten up – too naive to heed the warning of human flesh on a platter.”

Rather than ‘eat or be eaten’, the fates of the characters rest more firmly on ‘eat and be eaten’

Beyond the hunter-gatherer wild animal, evil stepmothers also like their carnivorous, cannibalistic cooking and as such, soup with a side of child is a common theme: “Witches and stepmothers always seem to be preparing soup, ready to throw a child in for good flavour, like in The Foundling Bird, The Juniper Tree or Baba Yaga,” says Rose. “Most of the time, the hero doesn’t become a victim of cannibalism. Still, the message is clear that they, and also the reader, must abstain from gluttonous temptation, or be punished.”

But it’s not all human flesh on a plate – sometimes good things do happen to good people, and sharing food has often led to their reward in stories such as The Twelve Dancing Princesses and Looking for a Bride. “In a variety of tales, cunning or good heroes are given magical tables, pots, or knapsacks which produce infinite quantities of wonderful food, and in the end, respecting the food itself leads to fortune,” says Rose.

Life lessons could arguably have been taught with the food-themed shock tactics of the Brothers Grimm et al, but have almost certainly gone unnoticed thanks to childhood innocence. And let’s be grateful, because a lifetime aversion to wanders in the woods, shiny red apples and just-right porridge would be a truly devastating thing indeed. 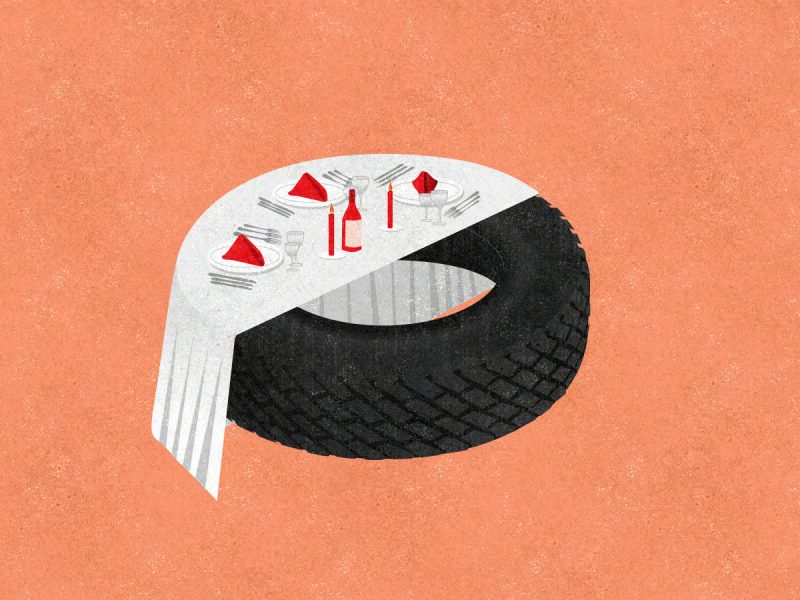 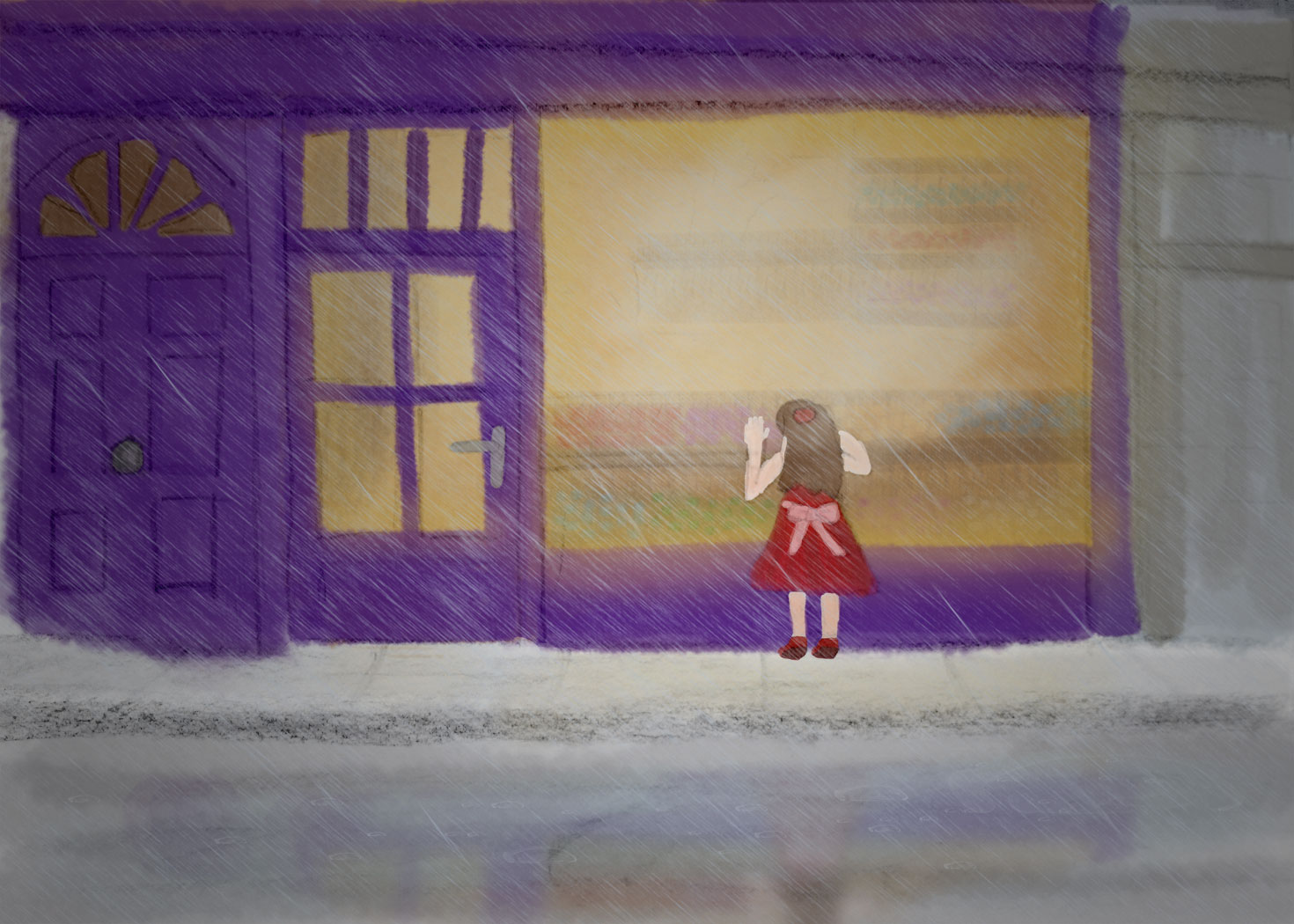 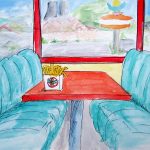 We've spent many hours watching characters chill out in their favourite eateries - here's a few of our favourites.

A dedicated group of urban foragers in Toronto are on hand to make sure surplus fruit doesn't just fall to the sidewalks.