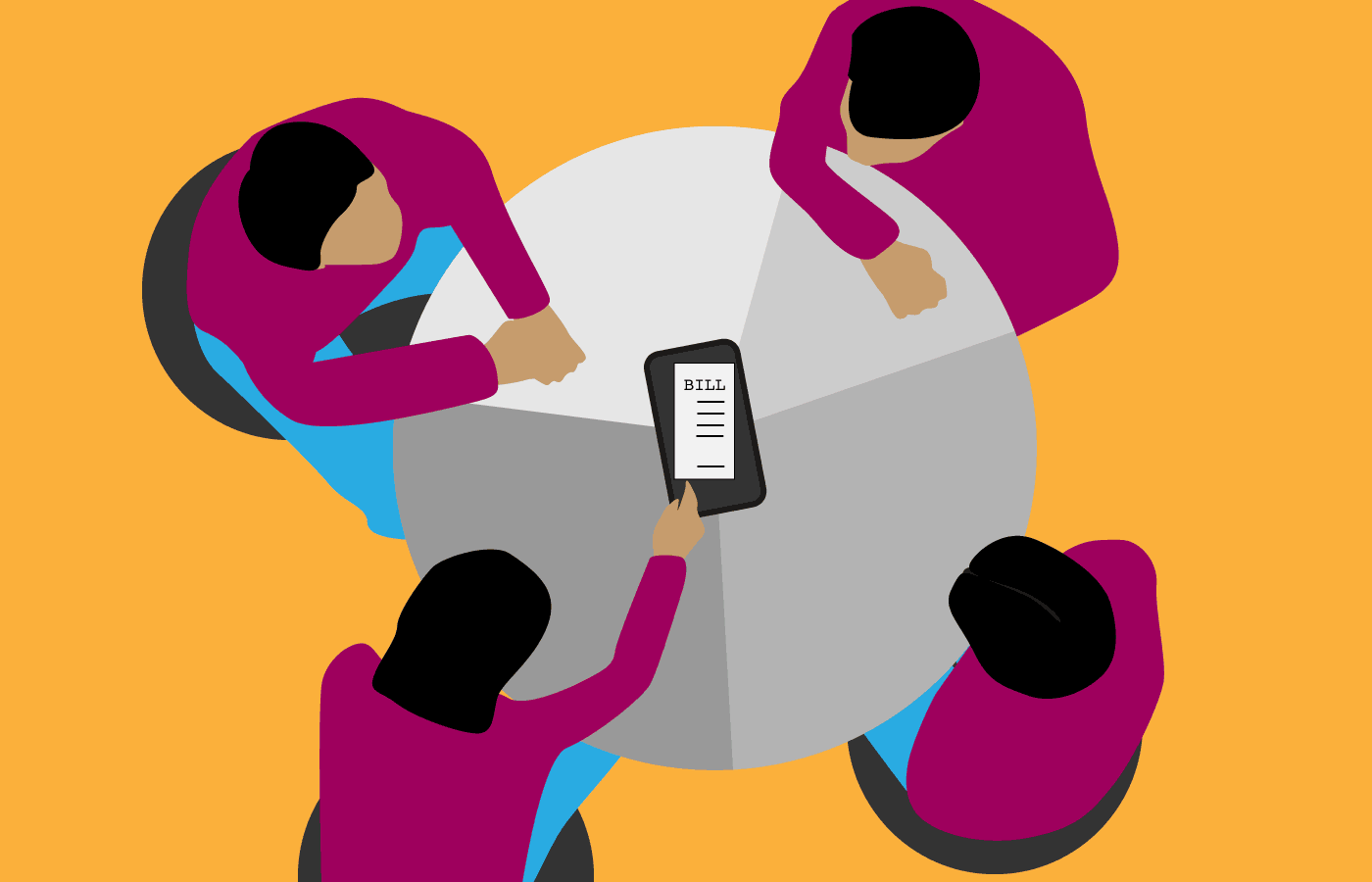 It’s the groan heard in restaurants the world over; that alcohol-coddled, full-bellied glow at the end of a meal where, as your waiter brings that slip of paper, the good-time haze lifts to be replaced with doom. Depending on your fellow diners, only two things lie within the folds of that bill – peace or pedantry.

I always know this moment’s coming. It gnaws at the back of my brain like a forgotten anniversary or a looming deadline. How’s it going to play out tonight? You might get some people who stick to softies and small plates while the others fill their boots with bottles of wine over three courses and extras. It’s the social rock and a hard place that’s plagued us ever since group dining with currency and table service became cool. Jesus, we can put a man on the moon, but we still can’t figure this one out without getting all awkward and twitching in our seat.

Only two things lie within the folds of the bill – peace or pedantry.

Eating out gets uncomfortable the minute someone says “How should we do this?”, and the line-by-line, dish-by-dish summing up happens. Now we’re all a little bit poorer (thanks, deficit), eating out’s been relegated to the “luxury” column of those boring budgeting spreadsheets we know we all have. But let’s face it, no one wants to be the arsehole leaning in with “Well actually I only ordered one glass of wine and didn’t have a starter” because it makes you look like a dick – but it might bounce your rent if you don’t.

Obviously like all first-world problems, the “there’s an app for that” rule now applies to this hateful moment in time. God help us, you can take photos of your bill (#nofilter), divide the total between you and your chums on a per greediness basis and figure it out by dragging your mate’s face to an amount (you took another photo of them earlier). And I just read about something called Flypay (helpfully only in Wahaca at the moment), which uses a mix of QR codes and pictures of your credit card to pay with your phone and avoid boring your waiter with “can we pay separately…?” Also you don’t have to do that embarrassing mid-air writing a cheque thing – that’s more dickish restaurant behaviour.

I reckon we should all be “going Dutch”; do it like the Germans do. Couldn’t we all get behind our own, personalised bill, instead of throwing cash, plastic and the odd receipt into the middle of the table like some sort of weird food swingers session? (That’s later, right?) If you want to treat a friend or pay for the whole thing because you’re a generous bastard, then easy does it, you get handed the total. To me that’s a progression the industry could do with. That way it’s goodbye calculators, hello time, money and face. So, how should we do this? 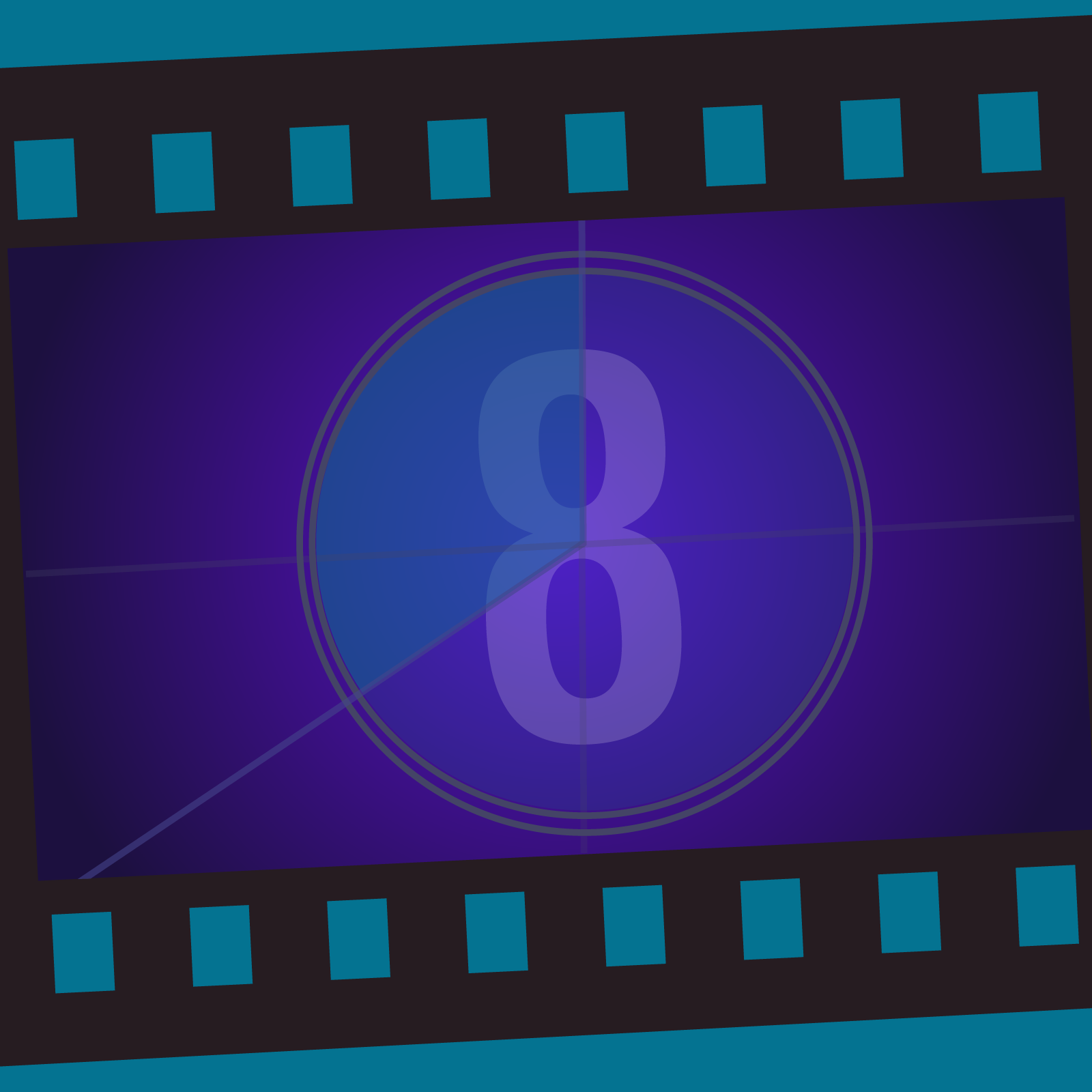 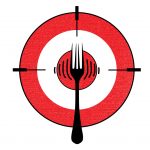 The final mouthful can make or break one's lasting impression of a meal. Here's how to perfect it. 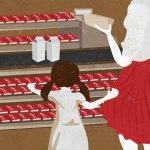 Could the launch of a new campaign to tackle junk food at checkouts mean pester power has had its peak?