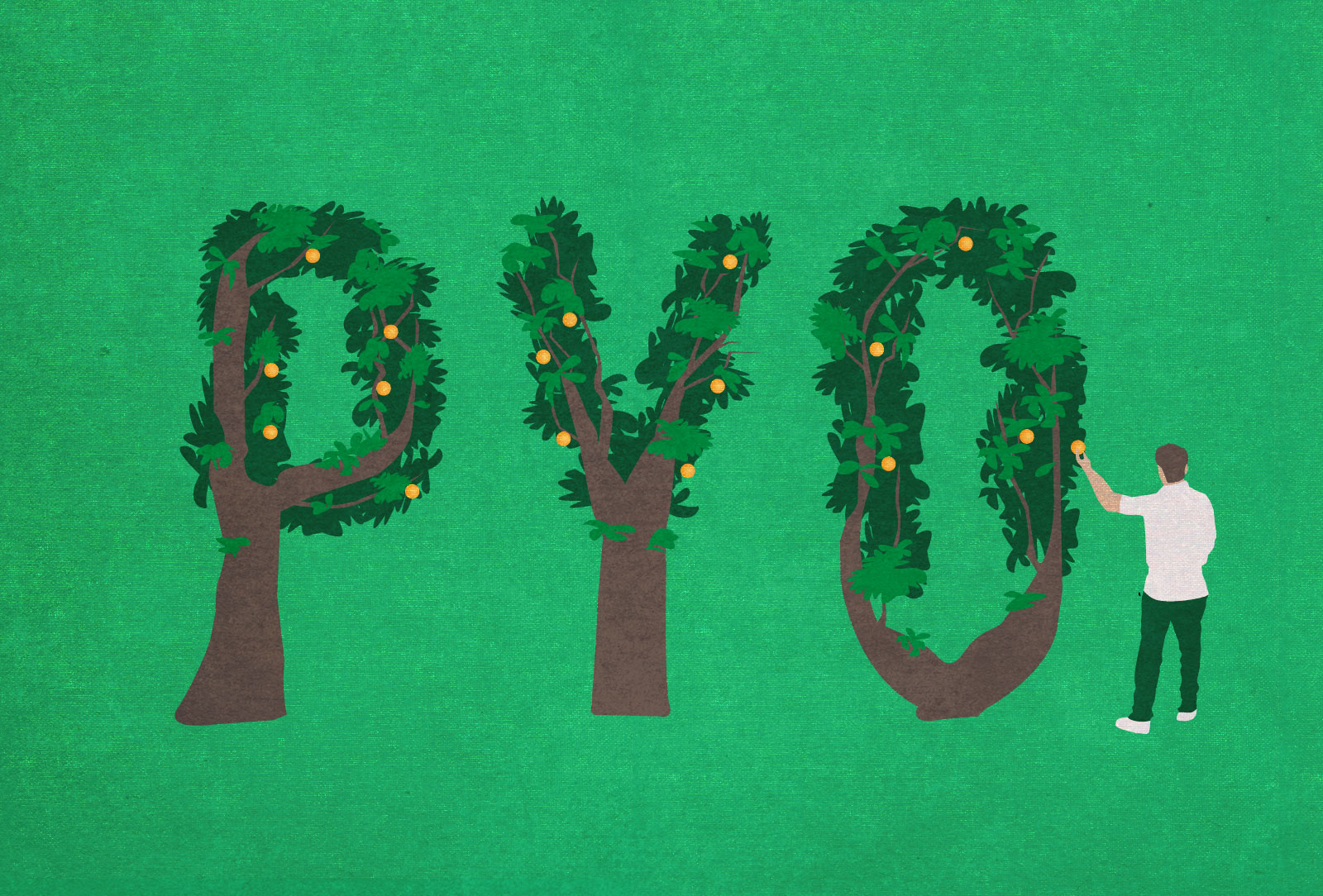 Open farms inviting you to pick your own offer not only the freshest of fruit but a reminder of simpler times.

In the rolling countryside, just an hour from Washington, D.C., cows graze in bright green pastures. There is no Starbuck’s within 30 minutes drive of here. Put down your smartphone – it won’t have reception anyway – and follow the hand painted signs that say “PEACHES”. Of all the fruits, it is the peach which rewards you most for picking it fresh from the tree, under the summer sun. As your teeth pierce the downy skin there is a rush of juicy sweet sunshine.

Despite your best efforts, the juice runs down your arm to drip from your elbow, and shines your chin. I can’t understand people who don’t like peaches. Perhaps they’ve only experienced those firm little orbs chilling in the grocer’s produce section. These mealy creatures should be considered of a different species altogether. I’m a strong believer that you haven’t truly lived until you’ve eaten a peach in the orchard at its very peak of ripeness.

Tragically, most of us do not have regular access to a peach tree, but that is where the clever family farmer comes in. Opening up his orchard to the public, a “pick-your-own” (PYO) farmer has come up with a successful small farm model where they cut out the expenses of the middlemen, the transportation, the waste and the labour by luring city and suburban dwellers to their idyllic farms in the country for a weekend adventure and the temptation of tree-ripened fruit at its fullest flavour.

PYO seems to have started in the first half of the 20th century when farmers found themselves with more crops than they had the labour to pick. They opened their fields and orchards up to their neighbours to come and buy large quantities cheaply for canning. Today, however, the PYO farm has become more of an agritourism destination for daytrippers escaping urban congestion and the harried pace of modern life. 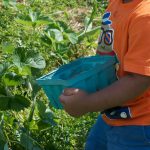 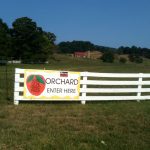 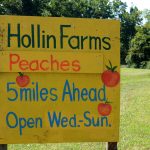 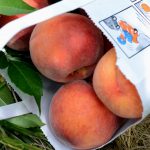 For the past three years I have been working with PYO farmers in Fauquier County as research for my Master’s degree. In order to gain an insider’s point-of-view, I have been volunteering my time on weekends to work at the farm helping customers. We have so many wonderful customers who come again and again and really appreciate the opportunity to spend a peaceful day in the country picking fruit. Often they’ll share memories of time spent picking fruit as a child, or of a farm back home. Many customers are avid canners and come ready to pick a worth of fruit to ‘put up’ for the winter and to give as gifts.

We also see our fair share of PYO virgins: people who’ve never been picking; never been on a farm; and don’t have the foggiest notion of what to do. This is the case for a majority of Americans, fewer and fewer of whom grew up on farms or even have grandparents who did. Most of us are several generations removed from any kind of agricultural past. However, the “eat local” and DIY trends are nudging people out into the country to try and reconnect with where their food comes from. Journalist Michael Pollan and others have made us skeptical (if not downright terrified) of our country’s food production methods. This combined with a nostalgia for a “down on the farm” past, PYO farms are becoming increasingly popular.

From photo opportunities on oil-stained tractors, asking if the farm takes American Express and sneakily eating fruit with the belief they don’t need washing first (the farm uses integrated pest management), such awkward encounters with farmers and their way of life demonstrate how disconnected many people can be with agricultural production.

Pick-your-own farms create a space for people to reconnect with both the land and the people who work it. But the unfamiliar “agri-tainment” of this destination plays off on nostalgia through the presence of antique farm equipment, rustic signage and displays, and wholesome food. Their close proximity to urban centres have the unintended consequence of giving consumers a reassuring fantasy of what a farm is, while obscuring the real challenges facing small family farmers. But despite this, no one can come out of an hour stooped over the strawberry patch picking and not come away with a deeper appreciation of the back-ache inducing labor of being a farmer. 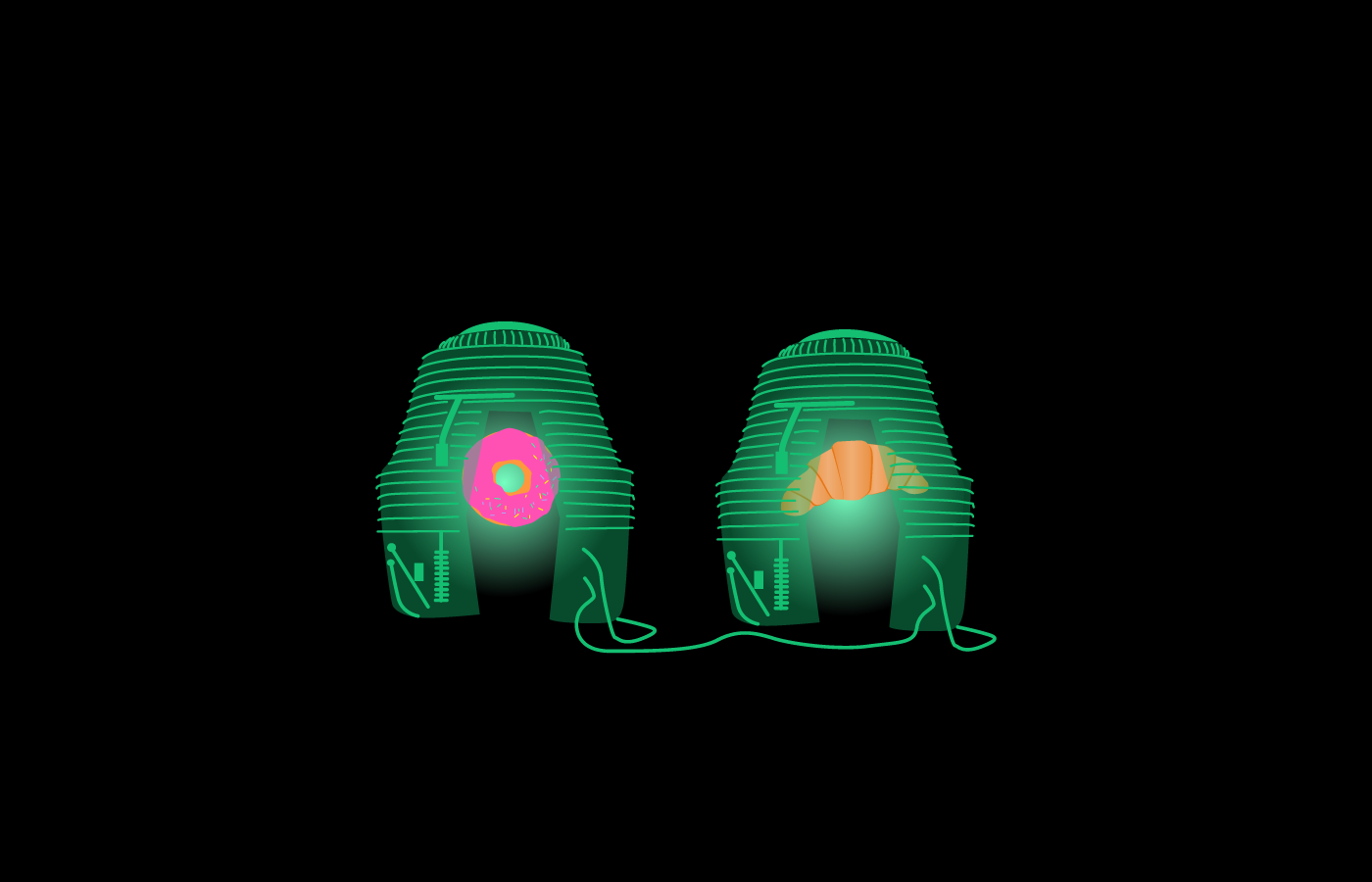 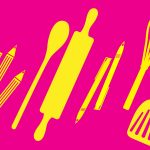 The School Food Plan, food poverty and the joy of breakfast was explored at the second annual Children's Food Conference in London. 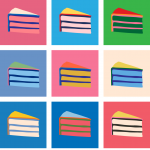