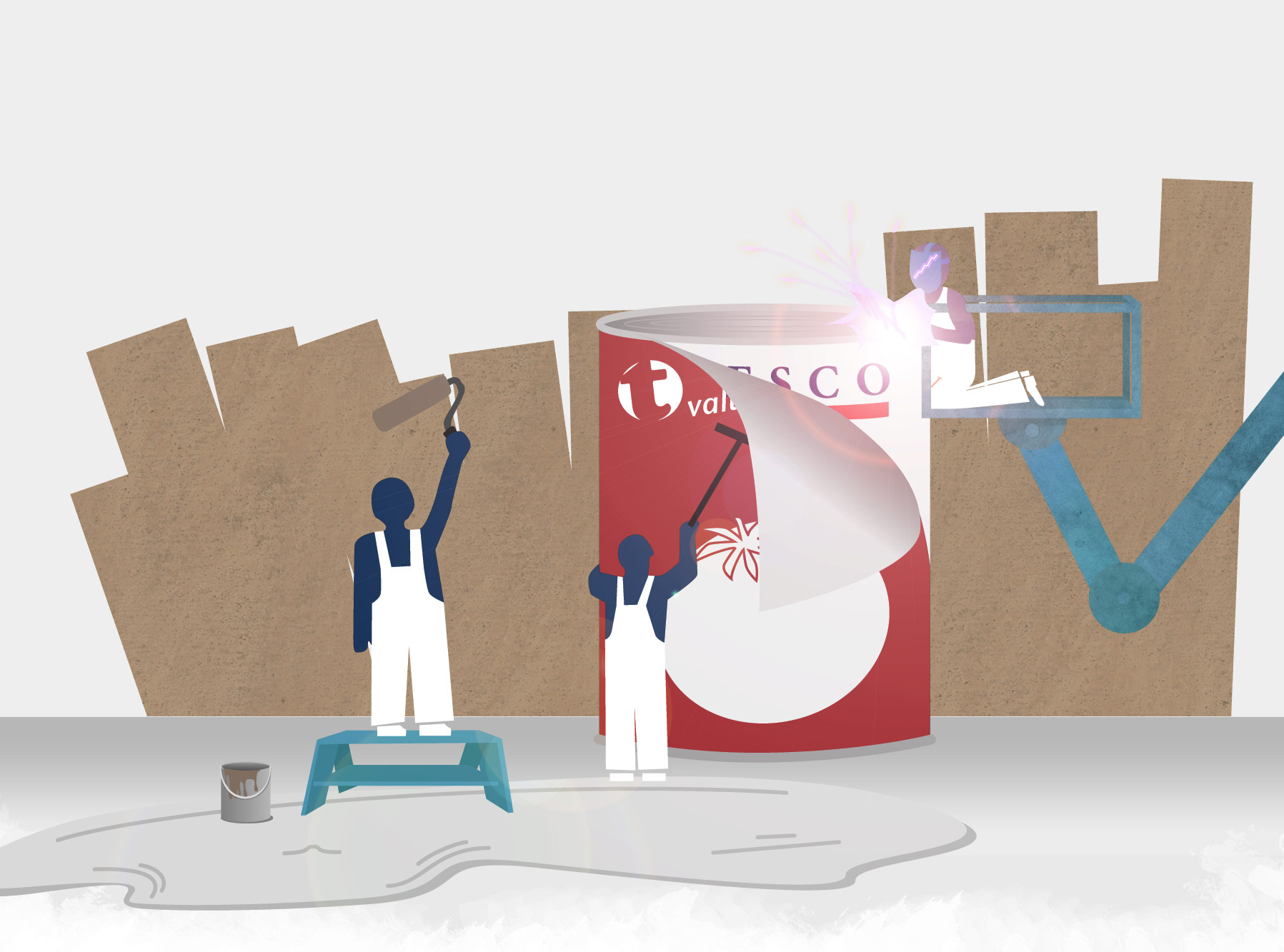 Supermarkets have smartened up and decided to tap into the food lover’s culture to promote their basic brands. But is it working?

Whether you’re into eating it, recreating it or learning about its cultural roots, many of us are in pursuit of food that not only tastes great, but looks pretty good too. And thanks to independent retailers and market store holders, a hunger for products that look as homemade and authentic as they taste has enjoyed a transience into the mainstream. 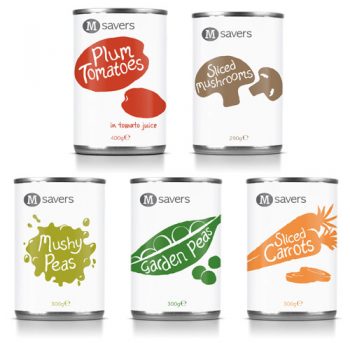 Morrisons rebranded their value range this year, joining Tesco and M&S. Who else will follow?

Marks & Spencer, Morrisons and Tesco have all rebranded their value range packaging in recent months, making a decidedly different move away from the templates and garish designs into a friendlier and more colourful packaging repertoire as exploited by many delicatessen brands. As Britain experiences this wave of diversification in food, immersing itself in street markets, food festivals and making demands for local and artisanal products, it seems supermarkets have been making attempts to catch up to the zeitgeist, taking stock of their own store brands and intensifying their appeal.

According to Dr Benjamin Voyer, Assistant Professor of Marketing at ESCP Europe Business School and a former brand manager, there are a number of factors that could be influencing this sudden overhaul: “Consumers get used to packaging, and their effects on consumer behaviour tends to diminish,” he says. “This might also be a side-effect of the economic crisis, which has increased consumer’s reliance on these products, with consumers possibly comparing lower end brands more and more.”

It’s something market researchers Mintel discovered in a report released this April – Brand vs Own Label Retailing. Focusing on Irish trends, it concluded that more than ever, consumers are looking for value for money when purchasing food items – something that can clearly be offered by own-label branded goods. Despite this requirement, own-label brands are apparently diminishing in popularity. But why? Mintel says the key to turning this around is to build on customer’s positive perceptions of these labels – a notion that either never was, or has gradually disappeared.

Interestingly, this is something that Stephen Bell, Creative Director at design agency Coley Porter Bell says was a driving force behind their redesign of Morrisons’ value brand: “Semiotic research carried out by Morrisons suggested that people have generally been embarrassed to be seen with this style of value range in their shopping baskets. And why should value not also be attractive?”

Why indeed. Value packaging has largely had its visual appeal based on low quality assumptions since its inception. But why, as a visual industry with attractive packaging catering for a range of price points, did value food miss the trick? Arguably, it was because supermarkets don’t actually want customers to buy their lowest priced goods. Poor, cheap-looking design is likely to steer the customer towards the more appealing (and slightly more expensive) mid-price ranges, in the belief it is better quality.

Foodie Illustrations made for the rebranded ‘M Savers’ range

Coley Porter Bell recently turned Morrisons’ semiotics on its head and rebranded it as the more positive-sounding M Savers. Then, it was time to absorb some pointers from popular food culture: “Our whole intention with the packaging was to raise the perceptions of food culture from Morrisons,” says Bell. “To do this we used handcrafted illustrations and a hand-drawn typeface with foodie colours to give a sense of hand-crafting and a human touch to their products. Traditionally, value range packaging has been a signpost rather than a tempting invitation, often using a generic template design and the same colour across all products.”

It seems CPB have got it right for Morrisons, as the brand has enjoyed a 48% increase in sales since its sprightly cans and boxes were stacked on the shelves. This hand-drawn approach is an important one in terms of setting expectations, according to Voyer, who says it opens the brand up to flexibility: “Basic packaging limits the number of promises made to customers. If you have a picture of a product on the packaging, you are meant to offer something that will look more or less like it. Having a rough drawing therefore means much more flexibility.” He also says it avoids legal minefields such as product misrepresentation – a likelihood since any one value product can come from several different manufacturers throughout the year.

Tesco is the most recent supermarket to jump the fence from monochromatic to made-up with its Everyday Value range. Claiming to be the first supermarket to introduce a value brand in 1993, customers told Tesco they wanted the packaging to reflect a more “down-to-earth” option that looks (and tastes) better.

“People who buy these kinds of products make it for price reasons, so it doesn’t matter to them what the product will be like,” says Voyer. “Unlike other products or brands, you would not observe phenomenons of loyalty or brand identity. The key functions are to attract the attention of the customer in store, help them identify the category of product and price range and sell the benefits and establish a psychological contract with the customer (i.e. set expectations). For the lower end market, a good package needs to catch the attention, tell that it’s a basic product, with few expectations.”

So perhaps Coley Porter Bell has tapped into a market that was thought of as non-existent — the brand-aware value shopper. The reported 48% sale increase in Morrisons’ M Savers shows the effect that look can have on our expectations.

Bell sums up this idea: “It’s now a necessity for a lot of people to buy cheaper products but they don’t necessarily want to feel as though they’re scrimping on quality. It stands out on the shelf, still says inexpensive, but looks more appealing.”

The ethos behind these rebrands appear to have played to the aesthetics of food, with the mid-price beauty of sought-after produce filtering through the shopping ecosystem. We may still be in the midst of a double-dip recession, but no-one wants to feel they have to leave quality on the shelf. And perhaps it makes sense — after all, we eat with our eyes. 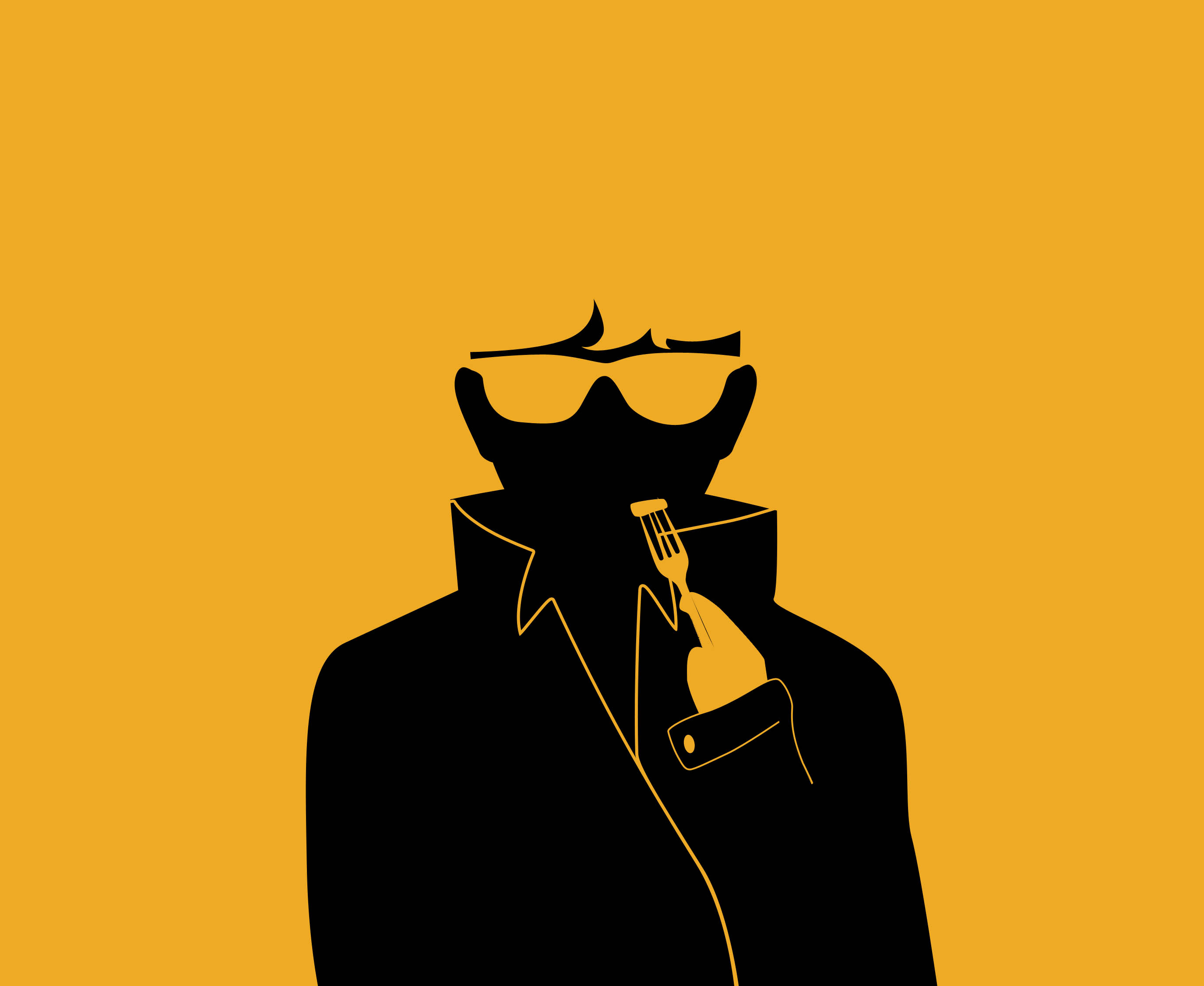 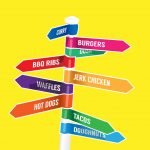